Before Kelly & Lewis embarked on their Bulldog tractor project in August 1947, there had been several earlier attempts to manufacture tractors in Australia to a range of local and overseas designs. The Melbourne firm A.H. McDonald & Co., had pioneered Australian tractor manufacture with their "Imperial" EA model in 1908, but like most of the initiatives that followed over the next three decades, the project meet with only limited success and only a small number of the early McDonald tractors were made. The McDonald TW and TWB 'Super-Diesel' tractors were produced between 1930 and 1944 with production reaching one tractor per working day between 1936 and 1940. However demand exceeded supply as McDonald's could not produce tractors at a faster rate.

Both during and immediately after World War II, Australia faced an acute shortage of tractors, severely hampering agricultural production. Both Federal and State Governments were keen to stimulate local tractor manufacture, which had almost ceased during World War II, due to shortages of materials, labour and equipment. Chamberlain Industries received assistance from the Western Australian government to produce their larger tractors in Perth in the 1950s. Although a range of initiatives were proposed, the KL Bulldog was the first new Australian tractor to go into production after the war. The project had the financial and technical backing of Kelly & Lewis, then one of Australia's largest engineering firms, with half a century of experience manufacturing a diverse range of products from centrifugal pumps to air compressors, steam and internal combustion engines, power station condensers and structural steelwork, including machinery for the Spotswood Sewerage Pumping Station. Engine castings were made in Hobart.

The "KL Bulldog" was based on the German "Lanz Bulldog" tractor design, originally developed in 1921, by Dr Fritz Huber, and manufactured by Heinrich Lanz AG of Mannheim and successfully exported throughout the world before World War II. The Lanz factory was destroyed in bombing raids during World War II. Production of the KL Bulldog commenced at Springvale, Victoria in 1948, at an initial rate of 20 tractors/week and continued until 1952, with about 900 built in total. At the heart of the Bulldog tractor is a huge 10.7 litre single-cylinder two-stoke semi-diesel engine that produces excellent torque at low revs and has a loud and very distinctive barking exhaust. The hot-bulb ignition and the need to manually turn the engine over using the removable steering wheel column makes the tractor somewhat temperamental to start. It would run on almost any liquid fuel, from kerosene to low-grade light crude oil or even old engine sump oil. Lanz and KL Bulldog Tractors were a proven low-cost and very reliable power unit ideally suited to ploughing, cropping or even belt-work driving stationary machinery. Under a fluctuating load the hit-and-miss governor would open up with the exhaust resounding to an increasing tempo of deep throaty barks. Unfortunately for Kelly & Lewis, newer tractor models came back on the Australian market with features such as electric starter motors making the KL Bulldog seem out of date and sales never reached the expected volume. 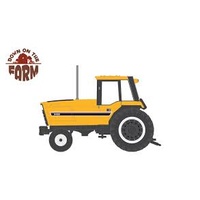 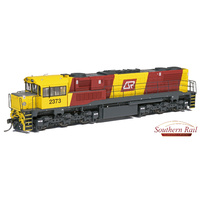 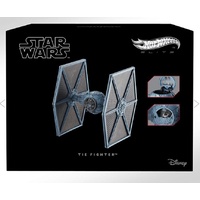