F/A-18F - A44-210, 1 Squadron, RAAF, 2019
"1 Squadron 100th Anniversary"
The McDonnell Douglas Boeing F/A-18E Super Hornet is a twin-engine multi-role carrier-based
aircraft. The “E” variant is single-seater while the “F” variant is a tandem-seat configuration. The
“E” is a much larger, more advanced and more capable variant of the F/A-18C. The Super variant
can carry a larger array of weapons as well as more of them and is capable of returning to the
carrier while still carrying unspent munitions, a big savings in dollars. The first F/A-18E flight was
in 1995 and began delivery to the USN in 1999.
F/A-18F A44-210 Bu. 167966 c/n AF-10 was delivered to the RAAF 1 Squadron at Amberley on
July 6, 2010. In 2017 this aircraft went to Iraq during Operation Okra, Australia’s support against
ISIL. In 2016 the aircraft was painted to celebrate the 100th Anniversary of 1 Squadron and still
wore the scheme in 2019. From 1950 to 1958 the squadron was based in Singapore, then
returned to Australia and was re-equipped with the Canberra. The squadron later flew the F-4;
the F-111 and in 2010 the Super Hornet.
Features:

Flat Rate Shipping - $0.00
Click & Collect - $0.00
We are open every day up to Christmas for your convenience. Please feel free to drop in to our new Underwood store and collect your order. We are closed on all public holidays. 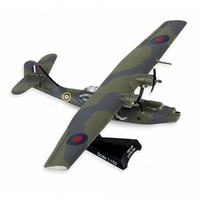