The Spitfire of Supermarine was one of the most built aircraft in the world. Its high speed, reliability and above all its enormous manoeuvrability made it the most popular fighter aircraft of all time. During the "Battle of Britain", the air battle for England, their deployment ensured the glorious victory of the British Air Force. It is no wonder that another legend has set a musical monument to this legend of heaven: The heavy metal band Iron Maiden with their super hit "Aces High" on their album "Powerslave" from 1984. The model kit Spitfire Mk.II "Aces High" Iron Maiden therefore belongs to the category Top Gifts for Dad!

Spitfire and Iron Maiden - the legends live
Today there are still about 40 of the legendary Spitfire in airworthy condition worldwide. Plus one that still floats above the heads of the six heavy metal musicians at the concerts of Iron Maiden as a full-size model.

In principle, a song should not be missing when the guitars imitate the full hum of the airplane's engine: "Aces High", the anthem for the daring flight of the Battle of England.

At the latest then Daddy's fingers automatically form the sign of all hard rockers, the "Devils Horn", his eyes get a bit wet, and from full throat he sings along the line that accompanied him part of his way: "Live to fly! Fly to live! Aces high ..."

This is the best opportunity for anyone who is still looking for a gift for dad of a very special kind - a model kit for hours of fun.

With this gift idea the heart of the rocker beats higher
The Spitfire Mk.II "Aces High" Iron Maiden in scale: 1:32 brings fun and the best memories from the beginning. Their details, for example in the cockpit and on the radiator, the movable propeller and the faithful decals for the Aces High version leave nothing to be desired.

piece by piece, the legend is brought to life during assembly. A total of 115 individual parts gradually assemble to a length of 28.6 cm and an impressive span of the wings of 35.1 cm.

The finished model impresses with numerous extras. Among other things:

If the corresponding album is still running in the background, you have found one of the gifts for Daddy that will accompany him forever - just like the music of Iron Maiden.

What would Iron Maiden be without their famous mascot "Eddie the Head"? To make the model of the Spitfire Mk.II even more reminiscent of the hard rockers, a sitting Eddie pilot figure for the cockpit as well as a standing Eddie figure, which impressively show what true heroes are, are included in the scope of delivery. 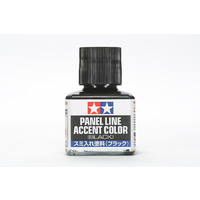 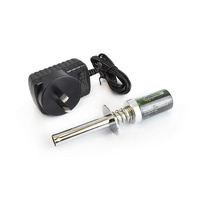