PROTOTYPE INFORMATION
The maxi – overhaul project commenced in 1997 as an upgrade and overhaul program for sixty 12 cylinder Clyde locomotives, from the 1550, 2400, 2450 and 2470 classes. A range of modifications were applied to the donor locos, the most notable being the fitting of a turbocharger (in place of the two Rootes Blowers), adding an extra 50% to the power rating. They were also fitted with Dash-2 electronics, DTC computer, etc.The so called ‘maxi cab’ also featured, this becoming the QR mainline loco standard. It was deemed necessary to renumber the locos due to the major changes made. 1564D was the first prototype, emerging as 2301 in late 1997. A second prototype, 2320, was built from 1570D and outshopped in early 1998. The numbering scheme grouped the locos according to the classes they were sourced from, and left gaps for potential additions to the 60. Generally, the 1550 class was tackled first, followed by the 2400, 2450 and 2470 classes. Of these, only the 2450 class was made extinct by the program. ATP was fitted to 28 of the 60.

The 2300 class initially belonged to what was known as the Metropolitan & Regional Services Group, and were restricted to the South East and South West of the state. In 2001 this changed, with the class operating scope widened to include operation north of Rockhampton. At this time they could be found not only on coal trains but all over the state on grain, intermodal and passenger trains. However, use was still largely in the south of Queensland, including the expanding West Moreton coal traffic. Due to a shortage of motive power, five locos were sent to Western Australia QRN subsidiary ‘ARG’ in 2007/2008 and a further two in 2010/2011, becoming their DFZ class. Overhauls began on the class in 2000, starting with 2301. At present, 30 have been completed. These are classified 2300D class, with their weight increased to 98 tonnes. 23 of the original 2300 class remain in traffic, and other than West Moreton coal traffic, they are also used on grain, container and other mainline traffics. 16 of these are fitted with ATP, the other 12 having the equipment decommissioned when they were converted to 2300D class. The overhaul program is continuing.

2300D CLASS
The overhaul program for the 2300 class resulted in this new class being created. 2301, the first of the maxi-overhauls from 1997, was the prototype. As part of the overhaul, a toilet was fitted to the rear of the engine canopy area, behind the radiator enclosure. A new larger fuel tank was also fitted, constructed by Townsville Workshops. This has a capacity of 7200 litres, but is only registered for 6364 litres. Along with other modifications, the weight per loco was increased from 94.5 to 96 tonnes. The Q-Tron QES-III traction control system is another addition, as part from prototype 2301 which has a ZTR system. Locomotives originally from the 1550 class (numbers up to 2323) are being upgraded with modular electrical cabinet equipment, to match the later ‘Dash-2’ configuration found in most of the 2300 class.

West Moreton coal traffic is the dedicated use of this class, their heavier weight prohibiting use in other areas of the South-West. 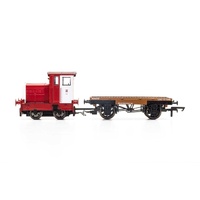 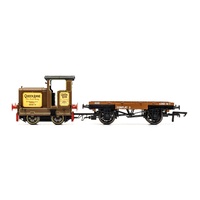 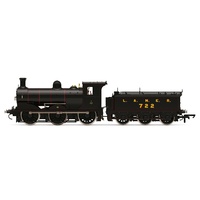