HMS Cornwall, pennant number 56, was a County-class heavy cruiser of the Kent sub-class built for the Royal Navy in the mid-1920s. The ship spent most of her pre-World War II career assigned to the China Station. Shortly after the war began in August 1939, she was assigned to search for German commerce raiders in the Indian Ocean. Cornwall was transferred to the South Atlantic in late 1939 where she escorted convoys before returning to the Indian Ocean in 1941. She then sank the German auxiliary cruiser Pinguin in May. After the start of the Pacific War in December 1941, she began escorting convoys until she was transferred to the Eastern Fleet in March 1942. The ship was sunk on 5 April by dive bombers from three Japanese aircraft carriers during the Indian Ocean Raid.

HMAS Australia (I84/D84/C01) operated on exchange deployment to the Mediterranean from 1934 to 1936, during which she became involved in the planned British response to the Abyssinia Crisis, Australia operated in local and South-West Pacific waters until World War II began.

The cruiser remained near Australia until mid-1940, when she was deployed for duties in the eastern Atlantic, including hunts for German ships and participation in Operation Menace. During 1941, Australia operated in home and Indian Ocean waters, but was reassigned as flagship of the ANZAC Squadron in early 1942. As part of this force (which was later redesignated Task Force 44, then Task Force 74), Australia operated in support of United States naval and amphibious operations throughout South-East Asia until the start of 1945, including involvement in the battles at the Coral Sea and Savo Island, the amphibious landings at Guadalcanal and Leyte Gulf, and numerous actions during the New Guinea campaign. She was forced to withdraw following a series of kamikaze attacks during the invasion of Lingayen Gulf. The prioritisation of shipyard work in Australia for British Pacific Fleet vessels saw the Australian cruiser sail to England for repairs, where she was at the end of the war.

During the late 1940s, Australia served with the British Commonwealth Occupation Force in Japan, and participated in several port visits to other nations, before being retasked as a training ship in 1950. The cruiser was decommissioned in 1954, and sold for scrapping in 1955.

HMAS Canberra (I33/D33), named after the Australian capital city of Canberra, spent the first part of her career primarily operating in Australian waters, with some deployments to the China Station.

At the start of World War II, Canberra was initially used for patrols and convoy escort around Australia. In July 1940, she was reassigned as a convoy escort between Western Australia, Sri Lanka, and South Africa. During this deployment, which ended in mid-1941, Canberra was involved in the hunt for several German auxiliary cruisers. The cruiser resumed operations in Australian waters, but when Japan entered the war, she was quickly reassigned to convoy duties around New Guinea, interspersed with operations in Malaysian and Javanese waters. Canberra later joined Task Force 44, and was involved in the Guadalcanal Campaign and the Tulagi landings.

On 9 August 1942, Canberra was struck by the opening Japanese shots of the Battle of Savo Island, and was quickly damaged. Unable to propel herself, the cruiser was evacuated and sunk in Ironbottom Sound by two American destroyers. The United States Navy Baltimore-class cruiser USS Canberra was named in honour of the Australian ship, and is the only American warship named for either a foreign warship or a foreign capital city. 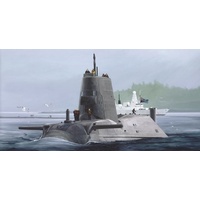